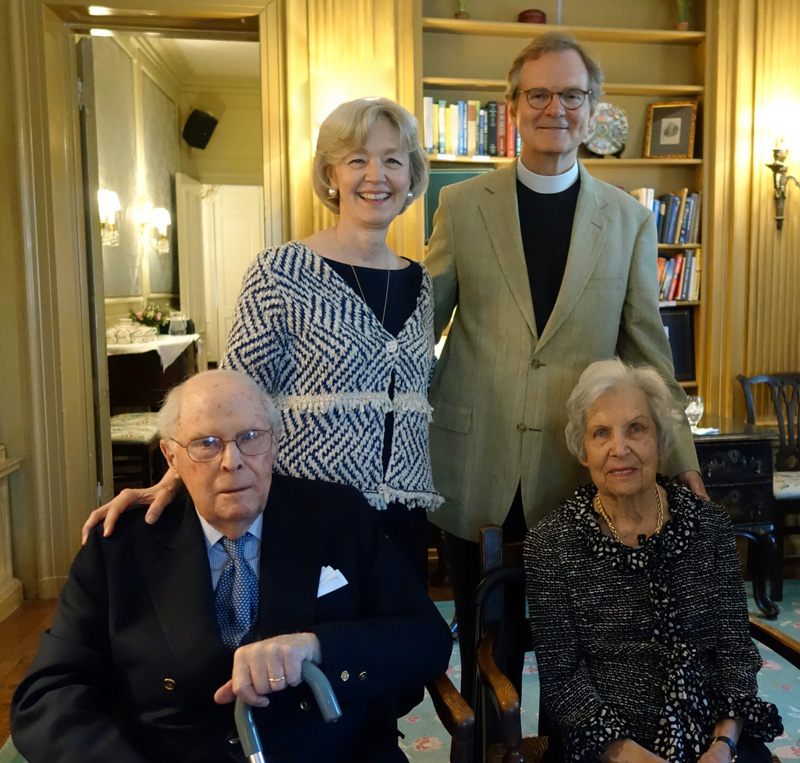 In April, we were deeply saddened to share about the death of our longtime friend, supporter, and advocate, Juliana W. Thompson. She passed away peacefully at home on April 11th. Julie was beloved by all who knew her and was dedicated to working for those in need. Sadly, we now share that Julie’s husband, Bill, passed away on June 12th. Together, they were among the first supporters of TEEP, Trinity Boston Counseling Center, and were active in the creation and continued growth of Trinity Boston Connects.

We know that Bill wanted very much to be reunited with Julie and are comforted by the timing of his death on the day that was their 66th wedding anniversary.  Bill was inspired by Winston Churchill’s quote, “We make a living by what we get, we make a life by what we give.” To that end, Bill and Julie were pillars of Trinity Church and believed deeply in the role it could play in serving the city and the world. They ultimately ensured their support would help fuel TBC’s work for years to come. We are grateful that ‘in making their lives’, Bill and Julie created a legacy of support aimed at leveling the playing field for youth of color

In 2017, Bill and Julie, together with their children, donated the corpus of the William F. and Juliana W. Thompson Charitable Fund, approximately $2.5 million, to establish the Thompson Lloyd Endowment at Trinity Boston Connects, supporting TBC’s work in perpetuity. The unrestricted endowment is named after both Bill and Julie, and the Rev. Sam Lloyd, who served as Rector of Trinity Church from 1993-2004 and 2011-2017. Trinity Boston Connects honored Bill and Julie Thompson at the 2018 Bostonians for Youth gala in recognition of their extraordinary generosity and commitment to the mission of Trinity Boston Connects. With eternal gratitude, we extend our heartfelt sympathies to their children, Don, Alex, and Margie, and to grandson Timothy Fish.

We are honored that the family has suggested that donations in Bill and Julie’s memory be made to TBC.