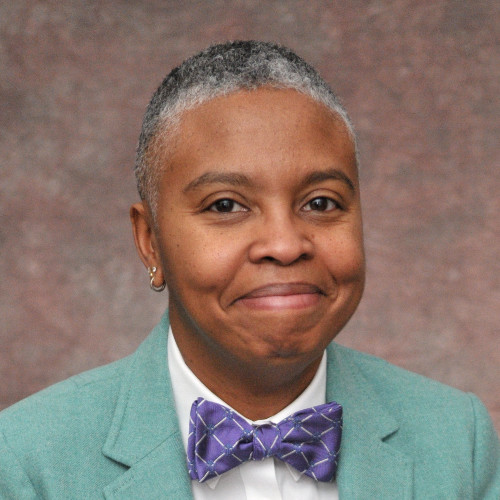 Pam moved to Boston from her hometown of Queens, NY, in 1999 and found her way to Trinity Church in 2000. Pre-COVID, Pam could be found regularly on Sundays serving as an Usher, Lay Liturgist, or Lay Eucharistic Minister. With the invaluable help of her wife, Michelle Coleman, Pam led the Rosie’s Place Catering Team from 2007 to 2012, and in 2016 she revived Trinity’s dormant Habitat for Humanity ministry. She served on the 2014 Mission Task Force and the 2020 Leadership Development Task Force. She was “an enthusiastic but terrible” 2nd baseman for the Trinity Paracletes for many years. Pam was the Trinity delegate to the Diocesan Convention in 2017 and the 2019-2020 Trinity delegate to the Episcopal City Mission. For the past 22 years, Pam has worked as a Project Director at the Harvard TH Chan School of Public Health, and since 2017 she has also been the Director of the Museum of African American History Stone Book Award. She and Michelle live in Jamaica Plain.